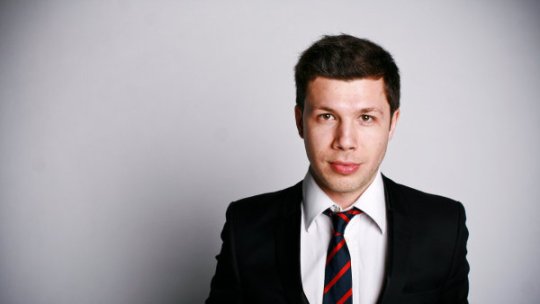 He is 29 years old and he comes from Romania. One of Forbes Romania’s Top 30 under 30 in 2012, he has been acknowledged as a representant of Europe’s new wave of entrepreneurs by the Financial Times in 2010 and won Seedcamp, Europe’s leading start-up competition, in 2009. His name is Emi Gal and he is one of the remarkable speakers at the 6th Webit Global Congress.

Emi Gal is the founder & CEO of Brainient, a video advertising technology company headquartered in London, with offices in Bucharest and New York. Prior to Brainient Emi started two other technology businesses and advised or invested in various other startups. He is also one of the founding members of the Digital Catalyst Fund, an early stage venture fund that helps technology startups source tech talent in Romania. Emi is an occasional columnist for The Daily Telegraph and TechCrunch Europe and writes regularly on his blog at emigal.com. Outside of his business interests Emi loves quantified self experiments, sports and languages.

Emi has a simple straightforward general concept – he wants to entirely change the way we perceive ads and video. One of his last conclusions is that “mobile is eating the TV, hindered only by the lack of mainstream LTE availability. But it’s getting there, faster than any of us expected it”. Emi knows what he is doing and more importantly why he is doing it. He is a totally influential speaker who will inspire you to expect and even to make a change.

Don’t miss the opportunity to meet this person. You and your business will not be the same after Webit Global Congress and your meeting with Emi Gal. Apply now!