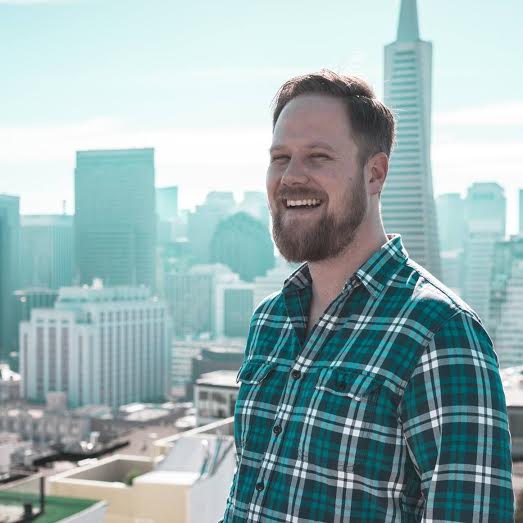 It’s less than two months till the date of WEBIT.FESTIVAL 2016 (19-20th of April) and it’s been 8 years since the first Webit event took place in Sofia.

If we have to give you an comparison of  WEBIT.FESTIVAL this year and how important it will be for the region, the closest metaphor is that 2016 for us is what the historic landing of Falcon 9  was for SpaceX!

Europe is becoming second-tier player not only to America but India and China and we are confident we can help in getting back in the first row. Because of people such as the founders of Telerik, BitDefender, Chaos Group, Rimac Auto … Sofia and Eastern Europe has a lot to offer and help and it is time to be heard and involved in the digital future of Europe.

The endless work and dedication are making a difference and as our Chairman, Mr. Plamen Russev says “Never give up is not a cliche”. The constant efforts to improve the environment that we live in and to promote business making here have recently gathered us with Betahaus Sofia. So, here we are, creating our own bro-code and collaborating to cement the city as hub of entrepreneurship.

While we are getting ready to press the start on 19th of April, the speakers lineup is being announced,  so we have decided to give you closer look at some of them.

: #1 Brian Collins CMO, AngelHack @LifeofaBrian – place for anyone with an idea

Brian Collins is the Chief Marketing Officer of San Francisco-based AngelHack, the world’s largest and most diverse global hackers and code creators community, who “invent the new and make change happen”.

Back in 2011, their first hackathon event in San Francisco gathered 25 developers. Today AngelHack’s community is over 50,000 in 96 cities worldwide. Their target audience is not just programmers or people who can code—it’s anyone with an idea.

Brian is always traveling to different hackathons interacting with hackers, so we decided to give him an opportunity to meet and network with the geeks in Bulgaria in advance. He will be speaking at WEBIT.FESTIVAL, where you can meet in person and share your ideas.

WEBIT: You say you’re travelling a lot to meet developers around the world. Will it be the first time for you in Bulgaria in April and who would you like to meet with at WEBIT.FESTIVAL?

Brian: This is not just my first time in Bulgaria, but my first time in South East Europe. In my travels last year everyone was telling me about how Bulgaria and CEE in general have been making huge strides in tech over the last few years.

I’d love to meet anyone who’s excited about building out their tech communities.  AngelHack works with individuals to help build a foundational tech community in their city and companies to build communities globally.

WEBIT: Is there any difference between hackers from the valley and those from Europe?

Brian:European hackers share a lot in common with our South East Asia hackers.  Their projects tend to be very specific to problems they see in their neighborhoods and communities every day.  Example: one of our Eastern European winning teams from last year, AppKeep, created an app that automatically collects the manuals of all of your in-home appliances.  It can then give you the best repair options should they break down.

Hackers in the Valley tend to be much more focused on larger solutions. Our Silicon Valley team this year, Air Quail, was creating hardware to crowd source air quality metrics down to your street or over a whole continent.

Neither is superior to the other: they’re different ways to focus on problem solving.  The key is: does it work? And if so, how can we expand it?

WEBIT: What about Eastern Europe?

Brian: I had a college roommate who was a Bulgarian coder.  He was generally quiet,  but one of the things I remember the most was when it was time to work on a project he would lock himself into his room for two or three days.  He was essentially throwing one man hackathons!

That’s always been my image of Eastern Europe hackers – sometimes quiet but never afraid to get their hands dirty on the tough coding.

WEBIT: AngelHack is hosting a hackathon in Sofia in June. Why and what’s the idea behind it?

Brian: This is our 9th Global Series, but our first time in Bulgaria. Our hackathons are a ton of fun for developers, designers, or entrepreneurs and the winning team gets an invite to our HACKcelerator program.  This lets them turn their hackathon idea into a start up reality.

Our theme for the series is Anyone.Can. Code. One of the things we hear over and over again are the incredible stories of how people learned how to code.  For some they begin at 3 with basic logic.  For others they taught themselves much later in life to make a change.  Code has no gender, no age, and no cultural limitations.

Our series is broken into the tech hubs that everyone expects (London, San Francisco, Singapore), and the up and coming communities (Sofia, Lima, Lviv).  We work really closely with our ambassadors like Rumen to help create events that bring the community together and help them network and create something amazing.

Betahaus: What are your observations about Bulgaria being part of the global entrepreneurial generation?

Brian: Tech is moving from finding global solutions to everyday problems, to finding localized solutions to neighborhood problems.  I’m excited to see Bulgaria entering the entrepreneurial landscape, to see what problems are most important for them to solve.

One of the things at AngelHack we see is that the same problems get tackled over and over again in hackathons.  But not all of them are successful.  Often it’s the team that has the most common connection to the problem at hand who can attack it in just the right way.  A team in New york may tackle an idea, but it’s the team in Kuala Lumpur who actually solves it.

I can’t wait to see what problems Bulgaria is going to solve in the coming years.

WEBIT: Did you know anything about the tech hub of Sofia before being invited to speak here?

Brian: Sadly nothing about Sofia specifically.  But I’m excited to learn more while I’m there!