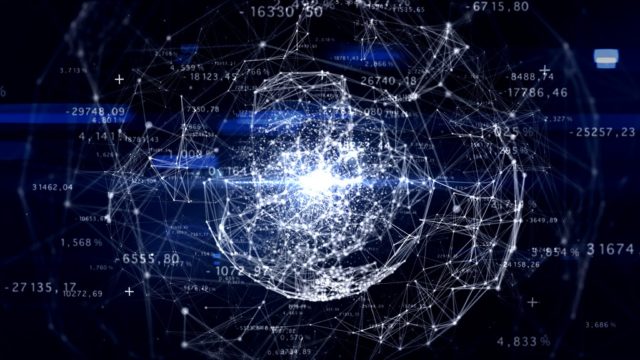 The Blockchain technology has the potential to lower the bank infrastructure expenses by nearly 30% if it is implemented in the right way. This will help the banks worldwide to save between $8 and $12 billion per year. But there are still many questions to be answered before Blockchain becomes the go to tech in the world of big banking, and not only.

The Executive Chairman of Alphabet Inc. Eric Schmidt described it as an incredible achievement of cryptography and said that in the modern era the ability to create something that no one can copy has a great value.

One of the main reasons for success of the internet is the constant changing of the way we transfer data, audio and video. But until now, the global network never had a method for transfer of assets. Blockchain is the technological solution, that made this thing a reality.

But still most people remain skeptical about the libertarian utopia of Bitcoin and the radical philosophy it presents. Of course Blockchain is much bigger than its most recognized cryptocurrency and has the power to be the main tool of the Big Data global infrastructure of the future.

The main concern about Blockchain remains its safety. In December, Forbes reported that hackers have stolen millions of dollars in Bitcoin, using only phone numbers. Unfortunately, unlike the credit card transactions, the transfers of cryptocurrency is irreversible.

Recently even the big industry players, like venture capitalists and entrepreneurs were hit by a wave of Bitcoin scams. Most of them are done by a phone number highjacking and changing the passwords of email accounts and bank profiles.

This type of security weakness can be used against anyone who is using their phone for services as Google, PayPal, Dropbox, Facebook, Twitter and iCloud.

In the period between 2017 and 2021 the expenses for cybersecurity worldwide will surpass $1 trillion, compared to only $81.6 billion for 2016. Meanwhile experts predict that in 2021 the total cost of cybercrime damages is gonna be around $6 trillion – double than the $3 trillion in 2013.

With the expanding of IoE we can expect around 50 billion connected devices by the end of the decade, and all of them will need to be secured. By 2020 the volume of data in internet will be around 50 times bigger than it is today.

The connected future of the world present many opportunities, but along with them will come the serious risk for our privacy and personal and financial safety.

To learn more on the topic of cyber security and privacy, visit the Security & Privacy Summit within Webit.Festival Europe. Top level speakers from all over the world will share their experience during the event, which is held on 25 and 26 of April in Sofia. You can listen to the CEO of LSEC-Leaders in Security Ulrich Seldeslachts, the CEO of Intel Security for EMEA region Raj Samani and the Co-Founder of Distil Network Rami Essaid.

During the Webit’s FinTech & Blockchain Summit speakers like the Executive VP for Global product strategy of Wirecard Christian Von Hammel-Boten and the venture capital investor and CEO of Novus Ordo Capital Liliana Reasor will share their views on topics, such as the future of payments and the ventures, driven by digitalization.