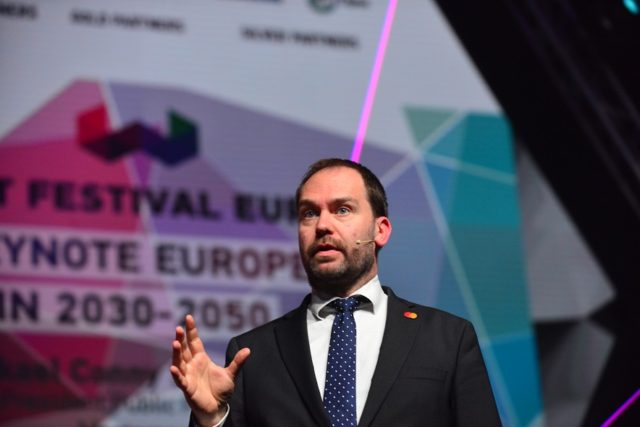 One of the main topics at this year’s Webit.Festival Europe was Vision for Europe 2030 – 2050 where major companies as well as policy makers gathered and discussed the future of Europe.

“For the last 12 years, the European Union’s share of global GDP has fallen from nearly 32% to only about 23%. Although it is difficult to imagine the continent again becoming the center of global manufacturing, the EU still has the tools to reverse this trend.” shares Webit.Foundation’s Executive Chairman Plamen Russev in one of the articles, featured in WEForum website.

Everyone agrees that Europe will change and it’s future is at stake unless policy makers along with companies as well as startups cooperate together to make positive change happen.

– Economy – economic growth will happen in emerging markets (China, India) and Europe will make up only 9% of the global GDP (compared with the 15% we have now)

– Consumption patterns – uneven with the biggest amplitude in the way of living ever.

– Politics – while it’s impossible to speculate what the political situation will look 30 years from now, there are a couple of trends, that are difficult to ignore

Looking at the EU by 2030 one member state will have left the Union, but by this time, the Union will be ready for accession. You can choose whether to see the new world Europe 2030 – 2050 as a threat or opportunity.

– EU – although not perfect, it gives a scale for acting and working with giants;

– Competition – Companies, products and services are to become top-notch where many fail, unfortunately;

– Innovation and technology – which will help us overcome the aforementioned challenges and which proved pessimists wrong when it comes to the future;

– Free access to all markets – i.e. globalization where it doesn’t matter if the company is Bulgarian or Swedish, what matters is that the investments and the opportunities are benefiting the EU.

While Mr Svensson’s speech may seem rather negative, he still remains optimistic believing that we all have the ability to choose our own destiny.

All of the components mentioned above intertwine and we are capable and smart enough to make Europe great again by uniting just like it all started.

It’s a proven record for products and services that are not exposed to competition, to fail.