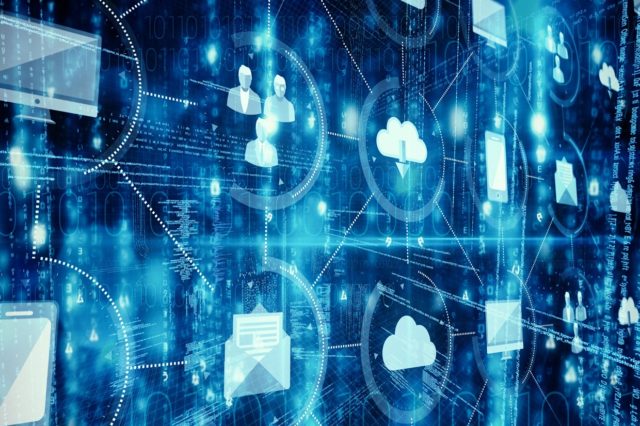 The developed economies of the world are rapidly transforming into Gigabit societies of ultra-fast connections, while our lives are increasingly influenced by phenomenons such as AI, VR, IOT and robotics.

The processes we were discussing during Webit.Festival years ago are the reality of today. We have already passed the 4 billion mark of internet users globally, while more than 80% of the population of Europe is using the web on a daily basis.

This exponential digital transformation of our everyday life require some major system changes that will shape the Infrastructure 4.0 and will enable people and businesses to reap the benefits of all the new opportunities that are presented to them. According to Gartner, the EU tech spending for software products will increase by 7.23% on a yearly basis for the next half decade, while the spending for IT services will reach $38.6 billion in 2022.

This, among many other topics, will be discussed during the Innovate! & Plenary Session of this year’s Webit.Festival Europe – the largest event for innovations and entrepreneurship in this part of the world.

Experts believe that 5G networks will be rolled out for consumers and enterprise leaders from 2020, when the compatible telecom equipment and devices are available. The new 5G network will use radio spectrum four times as efficiently as the old 4G.

This will be a huge factor that will help us meet the growing demand for mobile data. The larger demand comes from the rise of IOT devices and the fact that far more things than just our smartphones are and will be connected to the internet.

“The question of how we can speed up infrastructure delivery and improve asset utilization has never been more important. By 2025, 60% of the world’s population will live in cities. Instead of traffic-congested cities with unhealthy levels of pollution, we need to create environments that are good for people and businesses”, says the CTO and Managing Board Member of Siemens Roland Bursch in his recent article.

While the development of 5G networks is crucial to our future infrastructure, it could also pose a huge security risk for our information resources. Recently the US authorities expressed their concerns that Huawei 5G networks might be used by the Chinese government for espionage – both on military and corporate level.

The Trump administration sees this as part of a new arms race, where the winner would gain an economic, intelligence and military edge for a better part of the century. The fact that many US allies refused to ban the Chinese company from 5G networks caused a huge diplomatic rift inside NATO countries that will unfold in the next two years.

Come to Webit.Festival Europe and learn about the major steps that European policy makers and corporate leaders will need to take to create a secure job market for us and for the generations to come.

During Innovate! & Plenary Session you will get the chance to listen to top enterprise, science and policy leaders, such as the Serial Entrepreneur Mark Cuban, the Airbus Defense and Space CEO Dirk Hoke, the Senior Parther at McKinsey & Co Paul Willmott, The VP of Amazon Web Services Sandy Carter and VP of Amazon Paul Misener, the EU Commissioner for Digital Economy and Society Mariya Gabriel, the Deputy Director-General of World Trade Organization Yonov Frederick Agah and many others.