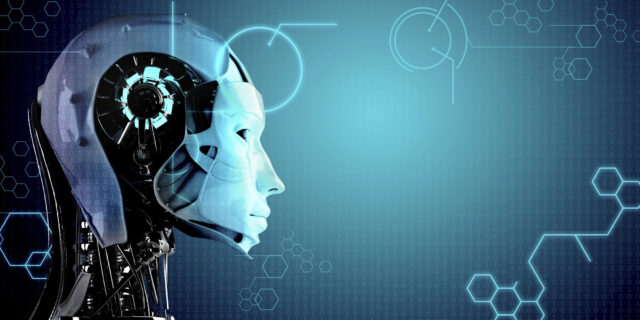 Next several years of our development as species will be marked by technological advancements in fields such as Artificial Intelligence and Robotics. Many believe, that they will completely transform our societies, while others are concerned by the unprecedented threats that may come with this.

Nearly 5 years ago one of the brightest human minds, the astrophysicist prof. Stephen Hawking, warned us that AI could end mankind. During an interview with BBC, he said that the development of full artificial intelligence could spell the end of the human race.

Hawking stated that the primitive forms of AI developed so far have already proved very useful, but he feared the consequences of creating something that can match or surpass humans. In the same interview he said the the potential benefits of the technology are huge, listing eradication of war, disease and poverty as main goals.

His concerns are reflected in the report of the US national security think tank Center for New American Security (CNAS). The document stated that high-profile Chinese officials see an “arms race” dynamics in AI as a threat to global piece.

The exponential development in Artificial Intelligence will be among the main topic of Innovate & Plenary Session during Webit.Festival Europe – the largest digital economy and innovation event in that part of the world.

Recently China announced that some of the smartest students in the country have been recruited from high school to begin training as the world’s youngest AI weapons scientists. The 27 boys and 4 girls, all aged 18 and under, were selected for the four-year experimental programme for intelligent weapons systems at the Beijing Institute of Technology from more than 5000 candidates.

BIT is one of the country’s top weapons research institutes, and the launch of the new programme is evidence of the weight it places on the development of AI technology for military purposes.

US Army is also looking into giving full control of some weapon systems to fully autonomous artificial intelligence robots, because time is of the essence if you want to defeat the enemy. Experts believe the such weapons may reduce the Army’s reaction time against an attach, therefore increasing its abilities in the battlefield.

The Army Contracting Command has called on potential vendors in industry and academia to submit ideas to help build its Advanced Targeting and Lethality Automated System (ATLAS), which will use AI and machine learning to give ground-combat vehicles autonomous targeting capabilities.

Come to Webit.Festival Europe and learn about the major steps that policy makers, scientists and corporate leaders need to take in order to ensure that humanity will use AI in a safe way for all of us.

During Innovate! & Plenary Session you will get the chance to listen to top enterprise, science and policy leaders, such as the Serial Entrepreneur Mark Cuban, the Airbus Defence and Space CEO, Dirk Hoke, the Senior Parther at McKinsey & Co, Paul Willmott, The VP of Amazon Web Services, Sandy Carter, and VP of Amazon Paul Misener, the EU Commissioner for Digital Economy and Society Mariya Gabriel, the Deputy Director-General of World Trade Organization Yonov Frederick Agah and many others.