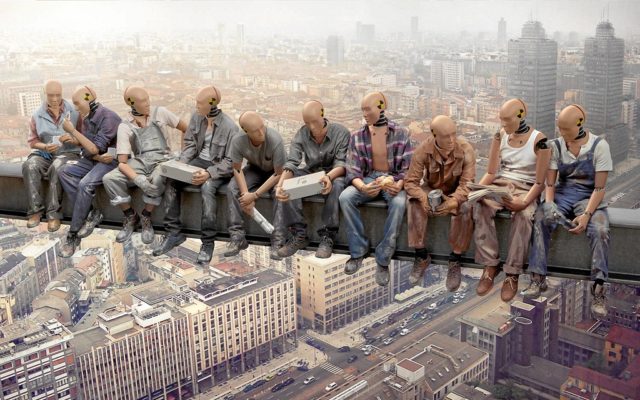 Robots are taking over our jobs and maybe our entire life as we know it. But among the most worried about the coming change is someone, that you may not expect to see there – the most wealthy man in the world Bill Gates.

In an interview with Quarz last week the billionaire said that governments should tax companies that use robots to temporarily slow the spread of automation and fund labour transition to other forms of employment.

According to the co-founder of Microsoft, this could finance the development of jobs, that will not be taken by machines, such as taking care of elderly people or working with children in schools.

Gates took a leftist position on the issue, saying that governments must oversee such programs rather than relying on the business to redirect the employment and help people with lower incomes.

“Certainly there will be taxes that relate to automation. Right now, the human worker who does, say, $50,000 worth of work in a factory, that income is taxed and you get income tax, social security tax, all those things. If a robot comes in to do the same thing, you’d think that we’d tax the robot at a similar level”, he said.

The idea for robot taxation is not entirely new. Last June the European Parliament released a draft report on robotics, which warned that artificial intelligence and automation present legal and ethical challenges that could have severe consequences.

The document says that within the space of a few decades AI could surpass human brain capacity in a manner which, if not prepared for, could pose a challenge to humanity’s capacity to control its own creation.

Among the proposals in the report was the idea to register robots with authorities and to hold them responsible for the damage they cause, such as loss of jobs.

This type of taxation is one of the ideas of the surprise front-runner in the French Socialist Party presidential primaries Benoit Hamon for funding a €750 monthly universal basic income for the citizens of the country.

But Bloomberg’s columnist Leonid Bershidsky points out that linking basic income to the destructive influence of automation is not supported by data. According to a research he quoted, the ICT capital would have needed to increase several times as fast as it actually has done if it were to account for both the occupational shift and the unemployment growth during the last couple of decades.

If you want to keep up with the hottest trends in the world of artificial intelligence Webit.Festival is the right place for you. During our summits, you can listen to top level speakers such as the Partner in IBM Ventures Christoph Auer-Welsbach and the VP & CTO of VMware for EMEA region Joe Baguley.